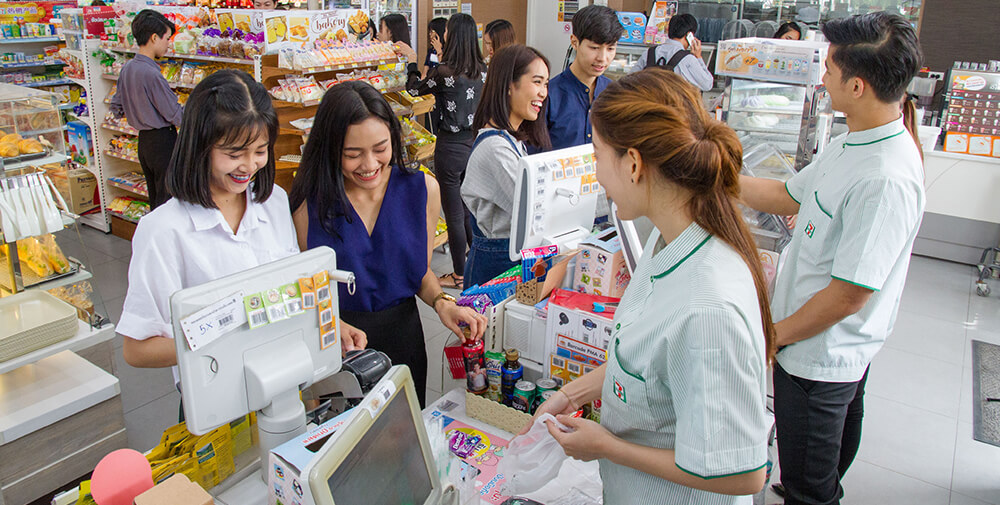 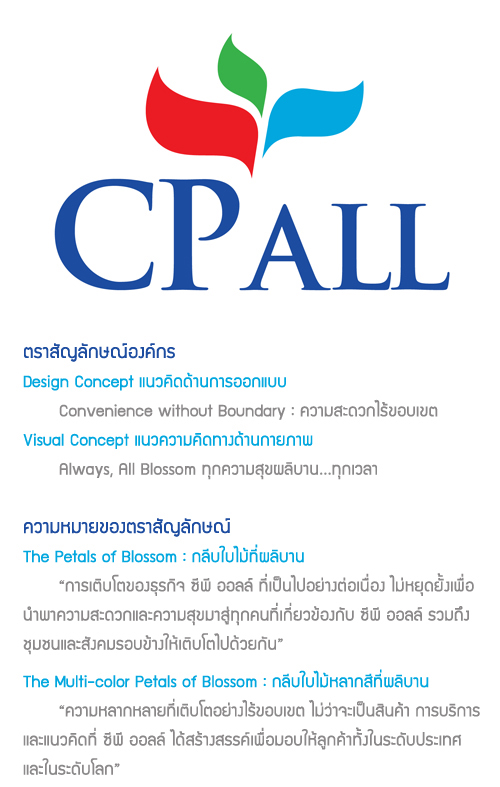 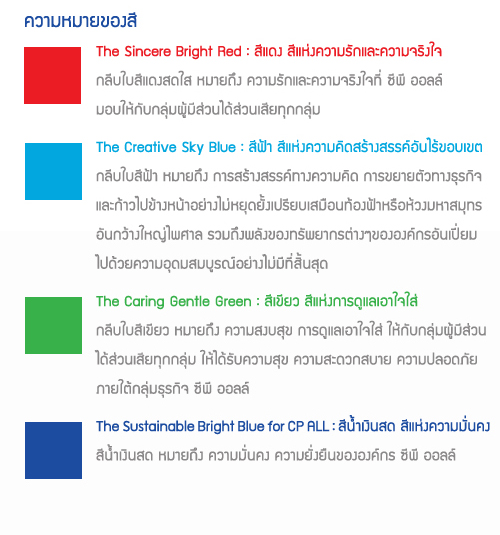 • Established C.P. Retailing and Marketing Co., Ltd. to operate the business of manufacturing and sale of convenience food and bakery products

• Joined with the China Retail Fund, LDC, a fund under the management of American International Group, to establish Yangtze Supermarket Investment Co., Ltd.to invest in the supercenter business in the PRC

• Disposed the assets and investment of Supercenter business in the PRC

• Completed the restructuring of supercenter business in the PRC on October 31, 2008

• Celebrated the 5,000th 7-Eleven store in Thailand and the 20th anniversary of operating 7-Eleven in Thailand
since the first outlet at Soi Patpong,moving towards convenience food store

• Awarded as the 1st winner among Retailers in Thailand presented by Euromonitor International,KPMG and Retail Asia Magazine

• CPRAM Co., Ltd. CPALL’s subsidiary, received the “Deming Prize 2015” presented by the Union of Japanese Scientists and Engineers (JUSE). CPRAM was the first manufacturer in Thailand and the world to receive
this prize

• Recognized by Forbes Asia Magazine as one of the 50 best biggest listed companies in the Asia Pacific Region in 2015 (Asia’s Fab 50 Companies) for the five consecutive years.

• Recognized by Forbes Magazine as the most innovative company in Thailand for two consecutive years (Forbes World’s Most Innovative Companies 2015), which ranked no. 3 in Asia Pacific region, and no.17 in the world.

• Issued a new subordinated perpetual debenture for the first time on November 30, 2016 amount Baht 10,000
million and they were successfully subscribed by both retail and institution investors

• Counter Service Co., Ltd., CPALL’s wholly owned subsidiary, increased capital amount Baht 30 million, which wholly invested by CPALL, making a total registered capital of Baht 100 million. The purpose of capital increase is to legitimate the notification of the Bank of Thailand in order to apply for an agent license for international money
transfer in which only for Inbound Transfer as Thai Baht service

• Awarded as Marketeer No.1 Brand Thailand 2015-2016 in the convenience store category and frozen food product
category under “Ezygo” brand. The award was presented by Marketeer Magazine to companies and brands
that were the most popular among Thai consumer

• Received Energy-Saving Building-1st Level Badge in school and convenience store category from Metropolitan Electricity Authority in MEA Energy Saving Building Award 2015, with the objective to reduce energy usage.
14 branches of 7-Eleven stores passed the criteria and reduced the use of electricity under the condition of the
MEA throughout 2016.

• Received Excellence in Consistent TPM Commitment 2015 for CPRAM Co., Ltd. a company in the CP ALL Group which manufactures and distributes ready-to-eat food products.The award was presented by Japan Institute of Plant Maintenance (JIPM) to worldwide organizations that were successful in Total Productive Maintenance system (TPM). CPRAM was the first ready-to-eat Business manufacturer in Thailand who got this award

• Received Ishikawa-Kano Award (IKA) from Dr. Noriaki Kano for CPRAM Co., Ltd. a company in the CP ALL Group which manufactures and distributes ready-to-eat food products.CPRAM was selected by members of Asian Quality Network (ANQ) from 17 countries because the management has promoted, supported and encouraged Total Quality Management (TQM) among the whole organization.

• Admitted to the 2017 Dow Jones Sustainability Index (DJSI) Emerging Markets in the category of Food & Staples Retailing. CPALL is the sole Thai and Asian firm to be selected in this category

• Disposed the 230,248,000 common shares of Siam Makro Public Company Limited (“Makro”), representing 4.80 percent of the total issued share capital of Makro at the price of Baht 44 per share amounting to Baht 10,130,912,000. The main objective of this transaction is to increase the trading liquidity of Makro shares in the Stock Exchange of Thailand.

• Established ALL Wellness Co., Ltd. with the registered capital of Baht 1,000,000 and par value of Baht 10 each. This new company is wholly invested by CPALL with the objective to provide health and wellness services to the communities with convenience, innovations and digital technology, as well as giving healthcare consults by medical professionals

• Admitted as a member of the Dow Jones Sustainability Index (DJSI) World Index,as well as Emerging Markets for the second consecutive year (2017-2018). It is a DJSI member in the category of Food & Staples Retailing.

• Admitted as a member of FTSE4Good Emerging Index, and FTSE Good ASEAN 5 Index for the first time.

• Admitted as a member of the 2018 Thailand Sustainability Investment (THSI),as well as received the 2018 Sustainability Report Award at an outstanding level from CSR Club in collaboration with Thai SEC and Thai Pat Institute.

• Admitted as the 23rd of the “World’s Most Innovative Companies” in Top100 global companies by Forbes in collaboration with Jeff Dyer from Brigham University, and Hal Gregersen from Massachusetts Institute of Technology (MIT). CPALL is the sole Thai company to be selected in this

Any cookies that may not be particularly necessary for the website to function and is used specifically to collect user personal data via analytics, ads, other embedded contents are termed as non-necessary cookies. It is mandatory to procure user consent prior to running these cookies on your website.